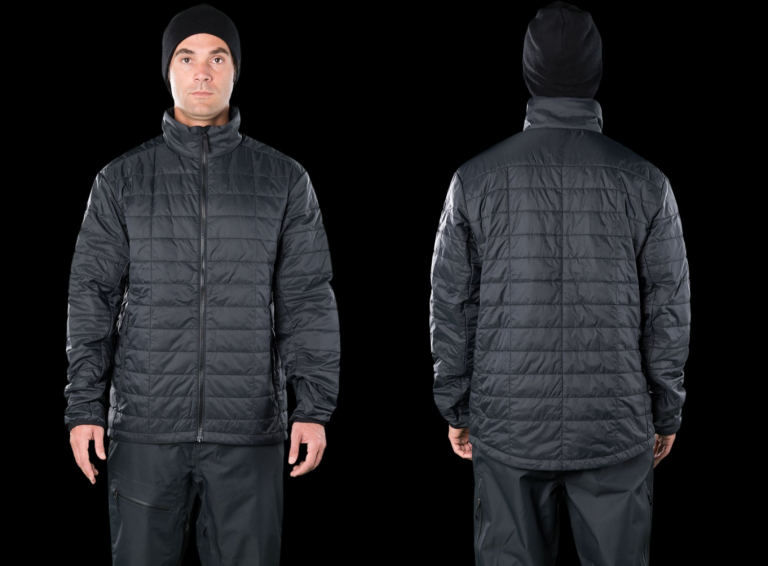 During our recording of episode 174, Parmenter and I discovered our shared love for cinema.  After the show we chatted about some of our favorite films and it was immediately apparent
0
(0)

During our recording of episode 174, Parmenter and I discovered our shared love for cinema.  After the show we chatted about some of our favorite films and it was immediately apparent that our tastes were entirely different; mine veer towards modern and Parmenter has a much deeper appreciation for history. I asked Dave to give me 3  recommendations.  He immediately rattled off 5 and then amended the list and suggested that perhaps this exercise deserved more thought and he promised to follow up with an email. When that email came I figured, if I’m interested in Dave’s picks, my podcast audience may be interested too.

Always thorough in thought and text, Dave sent 13 film recommendations with a synopsis for each. This is Part 2 of that list. You can click here to see Part 1.  Enjoy! Leave you feedback in the comments section at the bottom of this page. ~ David Scales 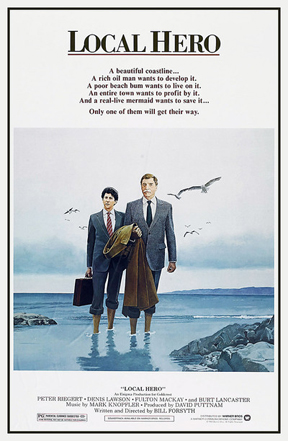 This is one of those rare movies that create such a vivid sense of place that you’ll feel, at its end, that you have been to this tiny Scottish coastal town, and know all its people. A slick negotiator (Peter Riegert) for a big Texas oil company is sent to Ferness, Scotland to buy the entire town as a site for an enormous refinery that would obliterate the small fishing village. The locals catch wind of the scheme, and unite not as NIMBYers but rather as Yes In My Backyarders. But as the negotiations plod on, Riegert becomes seduced by the bucolic rhythms and characters of Ferness, and soon he starts to think that maybe an oil refinery isn’t a good idea for the town after all. Director Bill Forsyth keeps this bewitching humor virtuoso humming along more for sustained ear-to-ear grins than belly laughs — though in the final unforgettable shot of an empty phone booth he plucks the heartstrings in a way any homesick traveller will feel high up under the ribcage. 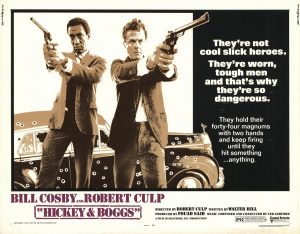 Released about 9 months after Dirty Harry, this little-seen, hardly-remembered bit of LA noir is darker, more downbeat than the Siegel/Eastwood classic but is everything you could want in a 70s guilty pleasure: It is hard to find, few people have seen or heard about it, and it brings back as if via seance the grimy, smoggy vulgarity of Los Angeles of that period. The iSPy television series team of Robert Culp (Culp directed this movie) and Bill Cosby are a pair of loser, alcoholic private detectives who take on a missing persons case and get in way, way over their heads. Written by Walter Hill (who also wrote the Steve McQueen classic The Getaway), Hickey and Boggs is best summed up with the one-sheet tagline on its first run: “They’re not cool slick heroes. They’re worn, tough men and that’s why they’re so dangerous. They hold their forty-four magnums with two hands and keep firing until they hit something … anything.” 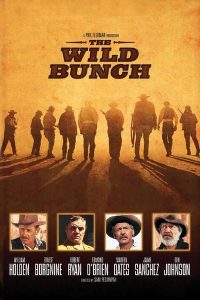 Recently I was stuck in a vacation rental in Hawaii, preparing for a canoe race, with a few younger friends who were watching some Quentin Tarantino western on a cable channel. It was obviously a favorite of theirs, seen many times, and they raved about its structure, devices and editing. Not a Tarantino fan at all, I couldn’t resist dismissing the film: “You know where all that came from, don’t you?” There was a chorus of groans and “no, but you’re gonna tell us, aren’t you, Uncle?” Well, kids, it all came from this movie — The Wild Bunch; this man — Sam Peckinpah. Along with Bonnie and Clyde, The Wild Bunch was one of the movies in the latter, more disturbed half of the Sixties that changed American cinema forever. Like Bonnie and Clyde, The Wild Bunch was at first reviled for its gore and violence, but it was a western for the times, for the Vietnam era, set in 1913 in the bitter dregs of the changing West — as William Holden’s character says, “We’ve got to start thinking beyond our guns. Those days are closing fast.” 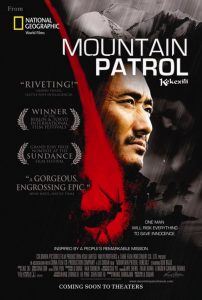 A Chinese spaghetti western written and directed by Lu Chuan about a band of volunteer game wardens who try to protect the endangered Tibetan Antelope against the predations of outlaw poachers. Set in the Tibetan high plateaus, cast with mostly local, amateur actors, Kekexili: Mountain Patrol has a disturbingly documentary feel to it — and in fact the film was based on a couple of true documentaries about real-life antelope rangers. Definitely a movie to prove that, whether channeled by Lu Chuan or John Ford, every nation or culture possesses its own Western mythology. 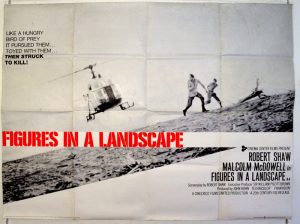 A strange, seemingly forgotten film that is worth looking for because it showcases the force of nature that was the late, great Robert Shaw (who also adapted the screenplay from the novel by Barry England). Two fugitives (Shaw and a pre-A Clockwork Orange Malcolm McDowell) are on the run from unspecified pursuers in a helicopter across an unnamed landscape, and as in Mad Max: Fury Road there is no backstory or needless exposition — plot points come in bits and pieces with action and sparse dialogue. 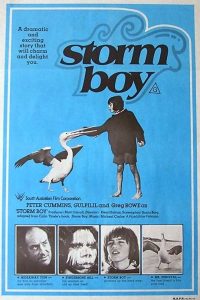 A charming and decidedly un-Disney “Boy and His Pelican” story set along a deserted South Australian coastline where Storm Boy lives with his father in a ramshackle beach hut in the dunes. Storm Boy rescues a troop of orphaned pelicans and becomes inseparable friends with one of them, Mr Percival. As proved by George Miller a few years later with Mad Max, Ocker hoons show up to muck things up and bring a dose of salts to the works a’la Ring Of Bright Water. A beautiful and moody film a long long way from the bromides of Gentle Ben or Flipper. 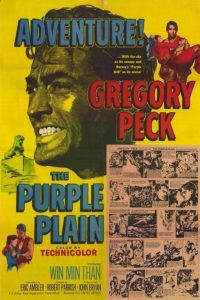 Heat and sweat are method actors working for scale in this treasure of a wartime romance. Set in Burma during WWII, where Gregory Peck is a Canadian pilot flying with suicidal intent on his missions because his bride died in his arms dancing on their honeymoon eve back in London during the Blitz (note: this actually happened to one poor airman, as I discovered in my WWII reading). Thinking him ’round the bend,’ Peck’s compatriots edge away with equal parts respect and contempt, but he meets a lovely young Burmese woman, Anna, to whom he confides his death wish. “You’d think that would be easy in a war,” he explains. “But I just kept getting medals instead.” Then, on a non-combat flight Peck’s plane crashlands in a broiling arid wasteland and he finds that he suddenly has a reason — and the will — to survive.

And listen to the episode that spawned this blog post . . .